A page for Leonard

Leonard A. Lorber, the son of Joseph Alphonsus and Laura (William) Lorber, was born January 3, 1917. He was baptized on March 25, 1917. Leonard graduated from Oran High School in 1934 and attended Wartburg College.

Leonard was confirmed in the Lutheran faith on May 12, 1940 by Rev. H. J. Heilmann and was married to Roberta Lenius on June 12,1940, by Rev. Hellmann at St. John's Lutheran Church, Fairbank. To this union they were blessed with four sons, Roger, Robert, William, and David.

Leonard served in the army during World War 11. Leonard was a lifelong Oran resident and had been a contractor for 59 years. He owned Lorber construction, was also the Oran Township Assessor and Oran Fire Chief for many years. He had formerly been a Boy Scout Leader and served on the County Boy Scout Board and he was also a member of the Fairbank American Legion Post #552. He was an avid sports fan and supporter of Wapsie Valley Athletics. Leonard was a member of St. John's Lutheran Church where he served in various church offices. He currently was serving on the Board of Elders.

Leonard was preceded in death by his parents, a sister: Leona Mathiesen and two infant sisters.

On January 13th , 2001 at the age of 84, after a sudden illness, Leonard was called to his eternal rest at Allen Hospital, Waterloo.

Funeral services were at Saint John's Lutheran Church at 10:30 AM Wednesday, January 17th.
He was buried at Fairbank Cemetery. Graveside military rites were by the Fairbank American Legion Fortsch-Duffy Post 552.

From: Mallory Lorber (rite2angel@aol.com) 1/28/01
I am Leonard's grand-daughter, and I am so glad I got to know him. He was a great man who always had a smile for anyone who crossed his path. He had greats stories that would always make people laugh. LA set a great example for me and all of the others he touched. I miss him a lot, but like I said I am just so glad I knew him. I can't wait to meet him again some day, and I know he will be wearing his blue jeans, because he always did, and I thought that it was the cutest thing ever! Well anyways, everyone will miss you grandpa, and I still love you!
This space is dedicated to memories of Leonard. We'd like to ask everyone who can contribute to this section to email in your stories about Leonard here or mail them to Webmaster, PO Box 52, Oran IA 50664. Or if you live here simply take them to the Phone Company.
We'll add appropriate entries in this space, along with credit to the donors.

Pictures - donations will be appreciated! 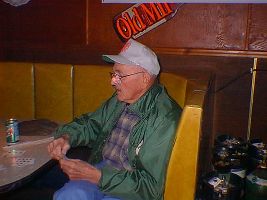 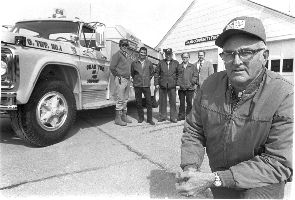 Back to the Oran Page